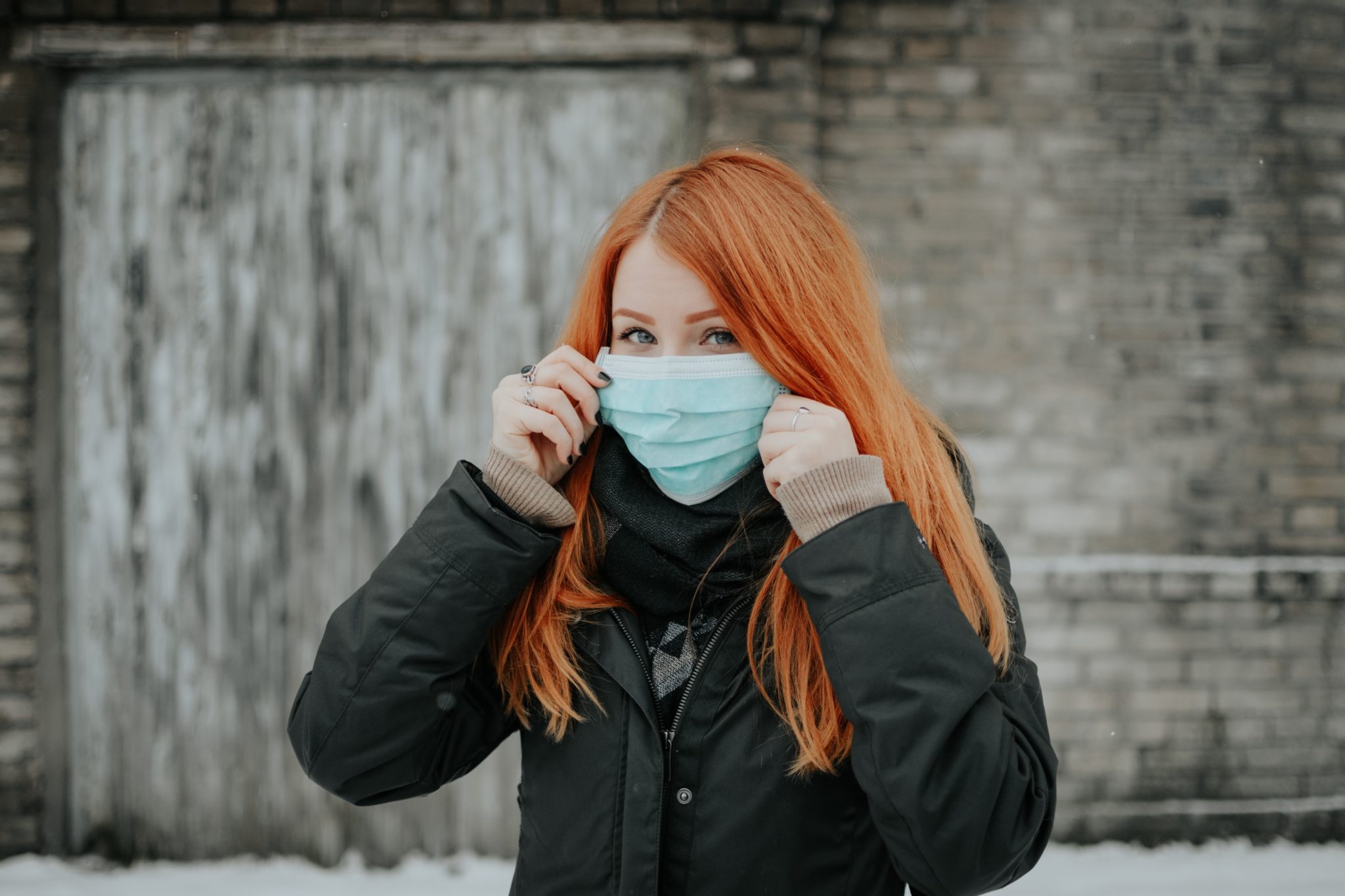 Ethics and C-19: when The Good Place turns out to be The Bad Place

By General UpdatesApril 7, 2020No Comments

In the Netflix comedy series The Good Place, the protagonists have died and, they believe, gone to sitcom heaven: The Good Place. In fact, as vociferous lead character Eleanor Shelstrop discovers, they are actually in The Bad Place, a hell where expectations are continually frustrated. Instead of the ice-cream everyone wants, there is only frozen yoghurt.

How do you do the right thing when the location you occupy constantly thwarts you? In The Good Place, terminally indecisive philosophy lecturer Chidi Anagonye tries to lay out the possibilities for ethical action. But he defeats himself each time by being honest about the problematics of every moral system he lays out. When the place you thought was a kind of heaven turns out to be a nightmarish hell, what sense can you make of your alternatives for action? And how to live with the decisions you make?

There are no easy answers but there are at least some broad principles that can help. As Chidi tells Eleanor, at its simplest, we have three broad ethical schools to draw from: utilitarianism, deontological ethics, and virtue ethics. Utilitarianism is the best known of the three, with its strapline of ‘the greatest good for the greatest number’, made famous in the Victorian period by Jeremy Bentham (his preserved body can be seen in its cupboard at University College London). It has a chilling appeal. Obviously, democracy is based on the belief that majority politics will make the right decision. But what about minorities? Are they to be ignored or sacrificed? And then, Utilitarianism is so abstract – just what do we mean by ‘good’, and what is the scoring system that makes it the ‘greatest’, in the real life, problematic, messy everyday life of clinical practice?

Deontology’s so-called Golden Rule provides a striking contrast to Utilitarianism. It requires everyone to act in accordance with a non-negotiable, reciprocal standard of action. ‘Do as you would be done by’ is the popular tag for this ethical school, landmarked by the Categorical Imperative set out by Immanuel Kant. Kant’s categorical imperative has three requirements: that we should act as though our action was a universal law, that will affect us as well as others; that we should never treat people as a means to an end; and that we should act as though all our actions will bring into being a world of ends. These are principles lying behind the familiar playground cry of ‘It’s not fair!’ and clinical care’s informal gold-standard of ‘Would you let this person attend a member of your family?’

Virtue ethics is less well-known, but it resonates strongly with medical environments. Rooted in the thought of Aristotle (a doctor’s son), virtue ethics suggest that action must contribute to an individual’s honour (arête), their well-being (eudamonia), and their practical wisdom (phronesis). Ultimately, all of these moral virtues are developed by learning about one’s own inner qualities in relation to external events. Out of all of the possible courses of action that an individual might take, what is the right thing to do: right in the sense of being honourable, of developing prudence and common-sense, and thereby developing rational happiness? Virtue ethics tells clinicians to ‘Make the care of your patient your first concern’, not because you are paid to do that but because by so doing, you instantiate and embody virtue, increasing your own well-being as well as that of your patients and colleagues.

All very well, you might say, but here we have three quite different approaches. How do we balance them out? And what happens when no matter what you do, things go wrong?

It’s not an ‘either / or’ choice. Any one dilemma needs to be analysed using all three standpoints, so that they form a kind of Venn diagram, with the dilemma at their intersection. In a democracy, the utilitarianism of majority rule has great power: but notoriously it can also lead to genocides like the Holocaust. It has to be tempered with the equality enshrined in deontology’s universal rule. Even then, that universal rule must be interpreted for specific circumstances, if the NHS is to maintain its virtuous professionalism. There are no off-the-peg answers.

In The Good Place, Chidi and Eleanor resolve their ethical dilemma by using Thomas Scanlon’s book, What We Owe to Each Other. Scanlon offers a so-called ‘contractualist’ approach in which ‘an act is wrong if its performance under the circumstances would be disallowed by any set of principles for the general regulation of behaviour that no one could reasonably reject as a basis for informed, unforced general agreement’. This needs unpicking a phrase at a time, using an example. Expecting clinicians to treat C-19 without PPE is wrong because ‘the circumstances’ mean their lives and the lives of the families they return to are endangered to an unknown extent. Walking blindly with your family into mortal danger while hoping for the best isn’t ‘a set of principles for the general regulation of behaviour’ which would find ‘informed, unforced general agreement’. It is sending unarmed and undefended soldiery over the top to meet a hail of bullets which they must hope to dodge, while praising them for their courage. Such action breaches both Kant’s categorical imperative and virtue ethics. Even the hardest-line utilitarian would wonder how endangering the people who keep everyone else alive could be the ‘greatest good for the greatest number’.

And yet in spite of the toxic social contract they are working within, operating purely from compassion, NHS staff still make the care of their patients their first concern. Inevitably, in such an under-resourced context, things will go wrong with consequences that can be as devastating for the clinicians as for the families of patients who die. At that point, it is crucial to know the difference between moral guilt and tragic guilt.

Everything depends on intention and on recognising that good intentions and carefulness can be thwarted by circumstances beyond your control. To that experience, the ancient Greeks gave the name hamartia, with the image of an arrow missing the mark. The archer aims attentively at the centre of the target, but the wind blows and the arrow misses the mark and kills a spectator. This is tragic guilt, and it belongs to the goddess Dike, who has sent the wind, and to whom even Zeus had to bow the head, for her decisions were final. The spectator’s death is not the archer’s fault, no moral guilt attaches to the archer and, crucially, the archer must acknowledge that they are not guilty. They did everything they could to aim correctly and if there had been more that they could do then they would have done it.

Acknowledging this distinction is crucial to clinicians’ mental health. Hamartia, tragic guilt, the arrow missing the mark, can only be possessed by Dike. If the archer, a mere mortal, tries to own it by blaming themselves for the spectator’s death, then they have set themselves up as equal to a god, incurring hubris. They will be driven mad by its possession, pursued by the Furies, goddesses of vengeance, haunted endlessly until they relinquish their hold and accept that tragic guilt belongs not to them but to Dike.

It is quite different if you have deliberately and knowingly neglected a patient, intentionally deciding or casually not bothering to treat them properly. That really is moral guilt, as well gross professional misconduct and yours to carry for ever. Knowing the difference between moral guilt and tragic guilt is fundamental to clinicians’ mental health, resilience, and the ability to cope.

Scanlon ends his work by saying ‘working out the terms of moral justification is an unending task’. There are no easy answers, circumstances keep changing, what is reasonable in one context is not in another, and acceptable behaviours vary over time and place. But knowing that there are no easy solutions is itself a good thing. It means acknowledging that you don’t have all the answers on tap. Like Eleanor and Chidi and the rest of us, you must try to find workable solutions that bring about social justice, within the context and sphere of influence that you have. For, as Chidi paraphrases Scanlon, we are all in this together and all of us can only try our best.