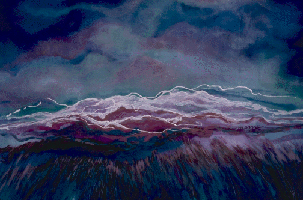 By General UpdatesJuly 28, 2020No Comments

Hidden beneath the ground in coalmines, or behind the walls of factories, the injured bodies of workers have too often been overlooked. Using the 1842 Hartley Colliery disaster as a case study, this paper contrasts journalistic neglect with the ways in which poets illuminated the medical interventions conducted in these working-class spaces. Foreshadowing working-class involvement in the creation of the National Health Service, literary depictions of these first responders had a lasting significance.

Using records from the early St John Ambulance alongside Joseph Skipsey’s poem ‘The Hartley Calamity [https://co-curate.ncl.ac.uk/poem-the-hartley-calamity-by-joseph-skipsey/] this paper illuminates a neglected history of emergency first response. Often the greatest difficulty in mining disasters was in securing access to trapped victims. Doctors, journalists and colliery managers remained on the surface, unable to intervene in the events taking place far below their feet. These extreme conditions constrained reporting of large-scale industrial disasters, but also encouraged working-class ownership of the medical response. Emergency treatment, from burns management to CPR, was provided by the colliers themselves.

Engaging with critics including Tim Barringer, Anne Borsay and Isobel Armstrong, this paper argues that portrayals of these first responders by ‘pitman poets’ such as Joseph Skipsey had a powerful cultural significance. The rescue attempt at Hartley Colliery was ultimately unsuccessful: the 204 men and boys trapped in the colliery died before they could be reached. But Skipsey does not portray these trapped workers as victims. While journalists could only wait helplessly for news, in ‘The Hartley Calamity’ Skipsey imaginatively enters the collieries. By restoring these lost narratives, he contributed to a culture of communal emergency response that had a lasting impact. Many of the early Labour Party M.P.s, including Aneurin Bevan, began work as colliers. Bevan’s National Health Service is grounded in mining communities, including their collective responses to injury: reacting urgently is everybody’s responsibility.

Rosalyn Buckland is currently a medical student at Queen Mary’s University. She previously completed an AHRC-funded PhD at King’s College London, working in the medical humanities. Her research focuses on injury in nineteenth-century fiction, on working-class experiences of healthcare, and most recently on how medical documentaries affect families’ experiences of bereavement.